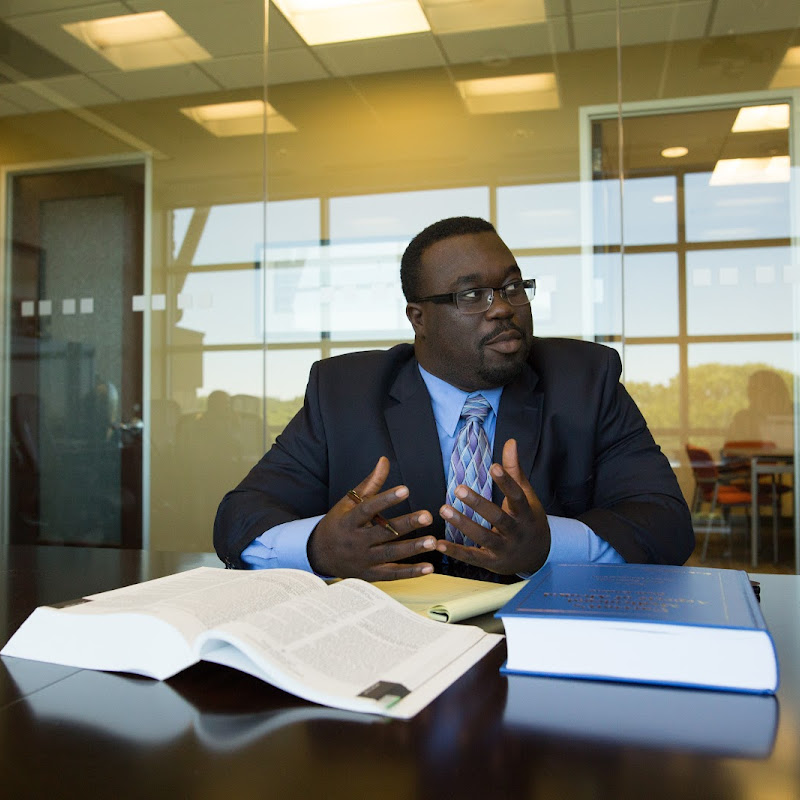 Fantastic work! Professional, knowledgeable, and personable. Outlined my options and worked for us to get the best outcome.

Friendly, professional and efficient. I had a claim against a merchant who refused to talk to me. Mr. Ollennu and his team were able to settle the matter to my satisfaction very quickly.

I absolutely love this law firm! They are extremely knowledgeable, professional, and very hard-working! I will never ever use another attorney again! Nii-Amma is the best of the best!
The Law Offices of Kyle K. Shaw, PLLC :: David K Haynes :: Goheen & O'Toole P.L.L.C. :: Tim Avery Law :: Law Office of Greg Whitten

Nii is an amazing attorney. Had an issue with a family member and went to him to get advice on what to do and he could not have been more helpful. He explained everything that was going to happen and what our options were. He went above and beyond what I expected. I went to court with him and he could have won an oscar for his performance. I was confused at first on where he was going and the more I listened the more I thought WOW he really is breaking this down to get the outcome we wanted. Totally different angle that your normal person would not think of. I was stunned and amazed at his knowledge. HIGHLY RECOMMENDED!! I can't say enough good stuff about him and his knowledge.

If their was an option to not even give a star above I would! Nii is that bad. I would encourage you before hiring him to do your research. Read reviews. I finally had to file with the Bar. I have never wrote a review or took any type of action against someone’s livelihood but this man is absolutely the most unethical, lazy, unprofessional, not knowledgeable, attorney I have ever came across. Attorney fees constantly change, very little effort or communication, in fact just plan on doing the work yourself. I could go on and on. He has lied to me about the work he was doing on my case to find out nothing was done. He then dodged my emails and repeated and repeated request for my own signed documents to be emailed to me were ignored. He’s has his own personal court issues going on also. Which should definitely be a red flag. I will from this point always read reviews on anyone that I am going to spend a significant amount of money on. After talking to many people in the court system I have also learned his reputation and credibility is also shot. He’s just terrible. I was so disappointed how he handled everything. Also expect 2 am text messages (very professional right?). Huge fail on our part for hiring him. He quit in the middle of our case left us high and dry. Luckily everything worked out for us without his representation but he is messing with peoples lives and it’s wrong. I hope some form of disciplinary action is taken. It’s cruel and unfair to mislead and cheat people just for money. Also his fees are outrageous and somehow the balance significantly goes up after payments instead of going down. Sketchy!

Worst attorney ever. Gave him 6,000 dollars to lose a court case to a person that defended themself. Did nothing to help me. He actually quit on me in the middle of court and demanded more money. I then had to handle my criminal matter for myself. Worst attorney I’ve ever associated with or had represent me. I would highly recommend going with anyone else!

Could not have been happier with the work that was done.

Excellent! Recommend Nii Amaa to anyone needing an attorney in Collin county. Nii Amaa and his staff have been great at keeping in communication with us and fighting for us.

Recently I was bullied by a company much, much larger than mine who tried to claim "common law" trademarks to some terms widely used in my industry and owned by no one. Blake and his co-council took on 3 separate law firms and entire teams of attorneys and saved my business from certain death. But besides that, he truly cares about his clients. He fought harder for me than anyone else would and now we have established that those "common law" terms can be used by others in my industry. A true David vs. Goliath event that ended in a victory for my small business.

I had been having issues with my car that had my interlock device in it. I kept having battery issues and my car completely died and took almost an hour to get any charge to it which is a big issue with interlock calibration. Once I got my car able to start I went straight to the store bought a battery and took it to my interlock service location and had them install it in the car so that I wouldn't have tampered with it. With just trying to start my.car from it being dead I got multiple violations for charging and getting my battery replaced. When I went in for my probation meeting they told me because of all my power violations from the battery I would have to serve two weeks in jail. I called my attorney Mr. Ollennu who contacted my probation officer and got it dismissed as long as I got my car repaired and serviced. I thank him so much as later that month when I was supposed to be serving my two weeks my dog of 9 years became very I'll with a brain tumor. Without his help I would have been having to serve time for mechanical issues while my dogs health rapidly declined leading to his passing. I am forever greatful for his dedication and understaning to help those in need of his professional knowledge of the law.

I had the pleasure of meeting Nii at a DUI defense course. He is a sharp lawyer who fights for his clients. I would recommend him to anyone looking for a DUI lawyer in North Texas.

I needed a occupational license and wanted the circumstances to be specific to my needs and he accommodated everything I asked for. He supplied me with options and gave me the things I needed in a timely manner! Excellent customer service and went above and beyond to help me out! I couldn't ask for a better Attorney! Thanks BB!